The following is a true story. Mealtime, my apartment last night. I had the zuchinni, turkey and shallots simmering. Juliette seemed to be content in the living room. So I start kneading the bread. Don't mistake me for Martha Stewart. It's actually pure laziness that has me making bread. By buying the packs that are meant for the breadmaker machines but doing it by hand myself, I don't have to go to the bakery or store when I realize we're all out of bread. It really doesn't take that long to measure out the flour that's already got the yeast incorporated inside then add water, stir (Juju helps with that), then knead. Except that it's so very sticky and my hands are very gooey during this process.

It was at this precise moment that Juliette decided to disconnect the Flip Camera that was charging via the computer. I didn't want her messing with it so came into the living room with my doughy hands and tried to direct her to another "toy". The digital camera. Technology is the new pacifier. Besides, I had the feeling she was going into tantrum mode. So I directed her to turn on the camera by touching the little button, but explaining how to get in view mode so she could scroll through the pictures was more difficult. I was pointing to the appropriate buttons with my dough-caked fingers. We got it all figured out though and I went back to check on the simmering food. Decided to add some herbes de Provence, basically a mix of dried thyme, to the zuchinni/turkey mix. 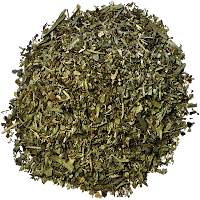 But I didn't want to wash my hands because I would lose all the dough on them. So I (stupidly) added the herbs with my clumsy hands and so the dosing was a bit heavy. Not to mention this would give us the sensation of eating food that's been rolled in sawdust.

All this to say that trying to do two or three things at once is sometimes counterproductive. My French driving teacher told me that if you try to do two things at once while driving you'll certainly screw one of them up. And in our increasingly multitasking world, I wonder if we're becoming more absent-minded and if sometimes quality is sacrificed. How many meals have been compromised because I thought I could check my email while the pasta cooked. Only to have overcooked pasta. Who knew 7 minutes went by so fast? I'm starting to use the timer more now...

But as a parent you have to multitask anyway. Get the carrots steaming then give the baby her bath while they're cooking. Drive and fish out baby's stuffed animal out of the bag to stop her whining in the backseat. Eat your own dinner while creating new distractions to make your child eat her own. It never stops.

And computers really do tempt us to multitask anyway, with the multiple tabs you can open in your navigator and screens you can toggle back and forth to. The danger is forgetting why we originally went online or turned on the computer in the first place.

I saw a French comedian saying that "unitasking" was in. Maybe it's not so far from the truth. Will there soon be seminars for overwhelmed executives where you check your smartphone at the door? And they'll have sessions called "Baking an apple pie from scratch." They'll use a real cookbook instead of a cooking website to find the recipe. And nobody will check their email while the pie cooks. Hmm, doesn't sound like it's for me.
Posted by Mil at 2:53 PM

Multitasking is over-rated. Although, with the advent of technology, such as cell phones, one is never quite far enough away from the next multitasking event. I multitask when reading email and listening to podcasts. And you know what? I don't remember much about either email message or what I listened to.

Okay, multitasking is a good thing, but should be done in small doses.

You're probably quite good at multitasking. This was just one event where there was a little too much herbs in the food. But I bet mostly your multitasking has been uber successful. You'll have to report out when you're successfull.

Okay, back to my cave. turn off the cell phone and read one email at a time before making dinner.

To the fly on the wall observer, that whole scene would have been hilarious. I can just see your hands covered with sticky dough and herbs trying to get the baby to "step away from the computer" before you had a real mess on your hands. You get a gold star for multitasking!