Why we cry when good rockers die 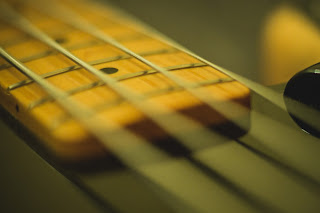 I will never forget hearing the opening chords to David Bowie’s  Little China Girl in front of a sidewalk café in my French town.  The twangy chords stopped me in my tracks.  A cover band was doing a damn good job on it, as they did on other 80s songs they played that night as well.
It was 2008 and I was eight months pregnant and my friends Caro and Karine had invited me out for the annual fête de la musique, always held the first night of summer.  Remi was at a wedding that my very pregnant self didn’t want to attend.  So in the warm summer evening, my girlfriends and I walked the town and sampled the various concerts , but I wanted to stay on that street corner and dance all night.

It’s just one of many times David Bowie was part of my existence.  In the background or just to dance to.

I didn’t cry when I heard David Bowie died.  But I was sad.  I was driving to work listening to the classic rock music station when I heard the news and I just felt bummed out.  The rest of the day I felt a little blue.

I wasn’t the only one.  Facebook was covered with posts honoring his musical genius.  My mom wrote me an email titled “And then David Bowie died” as it was already a somewhat exasperating week for her.  I wouldn’t call it a full-blown depression but it was a blow to me and many others.

It might seem silly to “mourn” for rockers and celebrities I’ve never met.  But when we’ve heard their voices in our ears since our childhood, when their melodies have accompanied our parties and outdoor concerts, they are a part of us.  They write the soundtracks to our lives.  They make us dance, and they make us dream with their lyrics and videos.

And somehow we feel they should always be with us.  After all, David Bowie’s songs were with me all my life.  And when these mythical rockers pass on, I am reminded of my own mortality.  If they can die, then we know we will too, one day.  These people may have seemed larger than life, but something as ugly and base as cancer can bring them down, too.

The first rocker I remember dying was John Lennon.  I was just six but I remember the news reports.  I had been brought up on Beatles music by my parents.  I knew who he was.  The fact that he was gunned down so brutally made an impression on my young mind.

Then there was Marvin Gaye when I was ten.  I knew his songs, and though I’m sure I didn’t get all the innuendo in Sexual Healing, I liked his music.  Again, I remember the tragic aspect, being killed by his father, and then the tribute songs after like Nightshift and What’s Going On.

Of course, it’s not just rockers passing on who affect me.  There was River Phoenix’s all-too early departure that rocked my mom and sister and me especially.  Still hard to believe someone so young left us tragically.

As a sophomore in college, I remember Kurt Cobain’s suicide and how it cast a strange atmosphere over my college campus.  I wasn’t a huge fan but I can still recall going to English lit class the day after and thinking about it.

More recently there was Heath Ledger’s death.  I was pregnant with Juliette and remember thinking it was such a shame that we wouldn’t be seeing his youthful, impish face in any new movies.

George Harrison- another one felled by cancer.  Amy Winehouse- victim of her addiction.  Michael Jackson- dead in his wonderland from his overmedicated way of life.  Cory Montheith from Glee- overdose.

And just last week, Alan Rickman, the soulful voice of the mild and constant suitor in Sense and Sensibility.  And now Glenn Frey from the Eagles.

I just can’t take any more good guys leaving us.  After Remi’s grandad, a few French celebrities, and even one of my neighbors, January is turning out to be rather glum.

But life goes on.  The music goes on.  Just this evening I heard Bowie’s Life on Mars as I drove home.  Hearing his voice again, it almost sent a chill through me.  His voice will always be with us.  It’s called his legacy, and as we keep on trudging along in our lives, there will be music and films to buoy us.  As another of my all-time favorite rockers, Neil Finn says, “a host of every day distractions/most of all it’s music taking me.” May there always be sweet music to lift me up.
Posted by Mil at 10:44 PM

And Whitney Houston and her daughter! It's so sad that such a great talent couldn't enjoy the fruits of her success in a long, healthy life.

I think part of the reason losing our musical heroes is tough on us is because it DOES remind us we are all mortal and will pass too. These artists and musicians were so full of daring and excitement and became voices that may have changed our souls,inspired us, or at least comforted us on lonely nights, or made us get up and put on our red shoes and dance the blues away. They wove their ways into our being. And they got older, and some of them got sicker, and they just went too soon for us. We weren't ready to see them off. The tragic deaths of those who are messed up with drugs and scary lifestyles hurt too, but it seems understandable. They took the wrong road. Bowie and Frey just got sick. Rickman got sick. Harrison got sick. They are not invincible.
But I'm certainly very happy they were here on this earth with us.