Message from a war zone 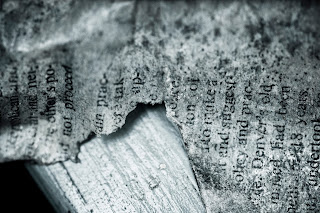 I woke up this morning because my husband was blowing his nose rather loudly.

My daughter came in shortly after and woke us up again (though we were already up).  We had a family cuddle and I gave her Eskimo and butterfly kisses.

Then she opened the living room door letting the cat come and "wake us up" in his turn.

I woke up to rain on a chillier autumn day than we have had recently.

I woke up to three iMessages from my mom.  Asking me if I'd seen the news, was I ok.

I woke up to the bad news that most of the rest of the world already knew.

I woke up to three messages on Facebook and several emails from concerned friends and family.

I woke up in a war zone of sorts.  I woke up to a France more terrorized than ever.  To a Paris that was mourning its dead and wondering what would happen next.

If my my small city two hours from Paris seemed spared this time, it is still all a little too close to home.   It is also a little too familiar after the Charlie Hebdo attacks in January and the near miss of the Thalys train in August.

Where I live, life goes on pretty much as before.  People gathered to light candles and observe about half an hour of silence.  But other than that, we are here for another day, shopping and driving and just living.

And as with every attack before, we are saddened, and scratching our heads.  Wondering how people could kill innocents like that, kill themselves, all for a cause that is so perverted and so far from godly.

The thing is, that dream is already here.  I see it everyday in Juliette's school.  Her best friend is from a Muslim family.  Yesterday when I picked her up I did the cheek kisses with several moms, two of whom are Muslim, one of whom was wearing a scarf that let a few black strands of hair peek out.

I heard the Syrian father who came to France with his family about a year ago and whose French is improving every day.  I saw his son come happily out of the schoolyard, speaking French like the other kids but his own language with his father.

So if it can work in the schoolyard in my little middle-class city neighborhood, and if it can work in so many Parisian offices and schools and park benches, why is this kind of evil still being perpetrated?  The terrorists attacked Paris, attacked the French everyday citizen.  But how many of those people are/were living out a peaceful coexistence with different faiths and cultures?

These terrorists picked the wrong target.  Not that there ever is a right target.  France, the way I see it, is already doing pretty well at integrating and accepting different nationalities and religions.  It's not perfect, but it's getting there.

And I know, as the father of Juliette's best friend has told me time and again, this is not Islam.  Real Muslims don't kill in the name of their god.  And I know French Muslims weep today just as I am.

And I know that my dream of different cultures living and working together will keep being played out.   We have to keep that dream alive.
Posted by Mil at 3:38 PM

I was thinking of you when I heard the news and am relieved you are all fine. This was an eloquent post and I agree with every single word.

Yes, truly eloquent, Milam! My heart breaks for everyone in France.
But you are so right to focus on the most important things in the middle of all this chaos.
Brava, Milam! xoxo K